Lies, Deception and The Truth

Do you want peace and security? So do the citizens of Kennesaw who passed a law in 1982 encouraging all households to own a gun along with ammunition - but ONLY if they qualify and do NOT object.

The ordinance encouraging gun ownership has no teeth, you're specifically excluded if you object and no one will ever be prosecuted since there's no penalty anyway. You still need to meet local requirements and receive gun safety training. Although major media reports are frequently biased, it's neither Mandatory Gun Ownership nor Compulsory Gun Ownership, it's simply your choice.

Despite Englander and Snell's deliberate deceit in the gun controllers bible - the supposedly unbiased "Guns in American Society: An Encyclopedia" published in 2002, new edition in 2012, criminals avoid houses where they know the occupants are armed

. What's the impact on violent crime when every homeowner has a gun and can use it to defend themselves?

Once the city of Kennesaw in Georgia passed their ordinance, Kennesaw's violent crime rate had dropped by 79 percent five years later. The decrease has been sustained over the past thirty years! This 79% decrease in crime is far larger than the modest 10% decline experienced by the rest of the USA. [Note that some reports state crime dropped by 89%, a mistake, it actually dropped by 79%.]

This truth is very inconvenient for gun control advocates who pretend that guns are not needed for personal defense - even though politicians' armed guards all carry guns. How did Englander and Snell manage to dismiss the undeniable conclusion - Kennesaw's ordinance encouraging gun ownership was responsible for their reduction in crime? They produced a highly deceptive hatchet job...

2. Setting the Scene to Deceive You

5. Conclusion: the whole Report is a Deliberate Hatchet Job

Despite Kennesaw's 79% decrease in violent crime sustained over a thirty year period, Englander and Snell untruthfully dismiss the obvious by concluding it's "difficult to gauge the long-term consequences of enforced gun ownership." A blatant lie which dramatically confirms the obvious: Their supposedly unbiased report is actually a deceitfully written and highly misleadingly hatchet job. Five pinocchios! 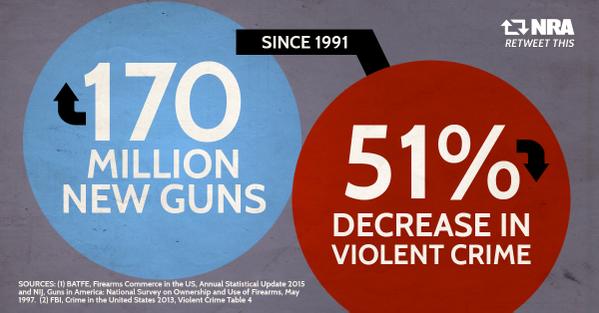 "In the last few years, the very idea of telling the truth, the whole truth, and nothing but the truth is dredged up only as a final resort when the alternative options of deception, threat and bribery have all been exhausted."

When women and seniors are armed, they can defend themselves from attack by often young, male and much stronger violent criminals, rapists, and terrorists.

So we encourage responsible law-abiding citizens, those who pass the background checks, to be able to protect themselves, their family and their property. Despite negativity and media misunderstanding, Discouraging Criminals is neither Mandatory Gun Ownership nor Compulsory Gun Ownership, it's simply your choice.